Does Gum Disease Cause Dementia? 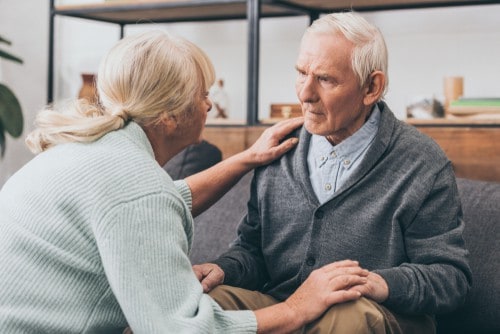 Does Gum Disease Cause Dementia?

We know we talk about gum health and gum disease a lot, but we believe that we can’t share enough information about how maintaining healthy gums can not only protect your oral health but your overall health, too. Your dentist in Doylestown knows that poor gum health can lead to gum disease, and gum disease can lead to problems throughout the body, including heart disease. Now, recent research from the National Institute on Aging suggests that gum disease may also cause Alzheimer’s.

Alzheimer’s Disease is a form of dementia that affects more than 5 million Americans, and every November we recognize National Alzheimer’s Disease Month in honor of these patients. Until recently, research regarding what causes Alzheimer’s has been limited, which can be frustrating to patients, families, and doctors alike. But thanks to this research, we may be closer to identifying a cause than ever before.

Our mouths contain hundreds of different types of bacteria. Some of these bacteria are good and others are bad. The bad bacteria are what concern your dentist in Doylestown as well as Alzheimer’s researchers. One of these bad bacteria, known as Porphyromonas gingivalis, is at the forefront of the study conducted by the National Institute on Aging. This bacteria, which was found as the leading cause of gum disease in over 6,000 participants, may produce something called plaque of beta-amyloid proteins. Why does this matter? Plaque of beta-amyloid proteins is one of the key indicators of Alzheimer’s Disease.

Even though these studies seem promising and may bring us closer to finding a cause and a cure for Alzheimer’s, we need to note that additional research is still needed.

Bi-annual visits to your dentist help remove plaque buildup in your mouth that at-home brushing alone can’t touch. This further protects your teeth against cavities and your gums against disease. If it’s been longer than six months since you’ve seen a dentist, schedule an appointment today.